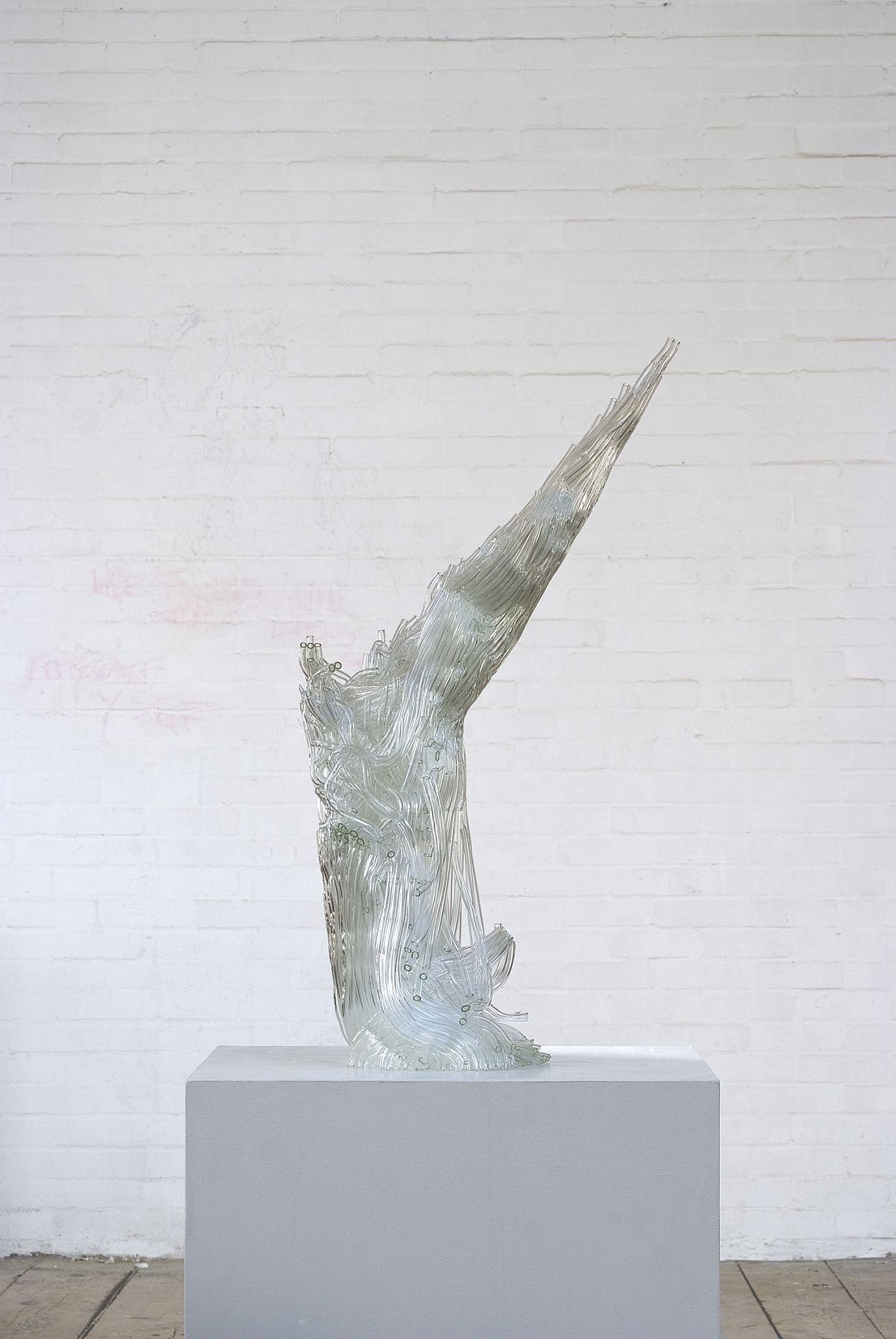 Julius Weiland's solo exhibition, Flux, integrates selected sculptural pieces and an installation in glass and neon that he created especially for this show. Over the years, Weiland has developed a characteristic and distinctly individual way of working with glass, simultaneously creating chaos and order, fluctuation and harmony. He uses as his raw material pieces of industrially made glass tubes, which become his ready mades and then are turned into the "building blocks" that make up his sculptures, bringing to mind works by the German artist Norbert Kricke. Born in Lubeck, Germany, in 1971, Weiland came to work with glass tubes almost by chance after he was introduced to the medium by Ann Wolff, his teacher at the Academy of Fine Arts Hamburg. She encouraged him to use the material not just technically but also conceptually. He started experimenting with glass tubes and developed a simple yet effective technique of stacking the tubes in a fireproof mold and heating them in a kiln. When the glass reaches its softening point, the heat is reduced by opening the kiln, thus freezing the form at that moment. The outcome generates tension between what is and what might have been, creating a new reality that exposes beauty inside the flux. Since Weiland established his studio in Berlin in 2000, he has received considerable international recognition, including the 2011 Jutta Cuny-Franz Award; honorable mention at the prestigious 2006 Coburger Glas Preis and a Gold Medal at the 2004 International Exhibition of Glass in Kanazawa, Japan. Weiland's work is featured in many European public collections, including the Würth Collection in Künzelsau, Germany, Cisternerne Museum of Modern Glass Art in Copenhagen; the Glasmuseet Ebeltoft in Ebeltoft, Denmark; the Museum Kunstpalast and the Glasmuseum Hentrich in Dusseldorf; and the Museum fur Kunst und Gewerbe in Hamburg